› TOP › About Us › About Speech Recognition

Write by Voice, Move by VoiceA new style of human-machine communication
For most people, talking is the easiest way to communicate. Compared to conventional, restricted interfaces such as keyboards or buttons, voice recognition technology is enabling a more human form of communication.

During the course of a normal conversation, we recognize other people’s voices and understand their meaning-it all seems very easy. However, there is a great deal of speech variation, even when people are saying the same thing, due to factors such as the speaker’s gender, verbal mannerisms, and choice of words. As a result, accurate speech recognition is no simple task for a computer.

Anytime, Anywhere, Anyone
AmiVoice is equipped with world-class voice recognition technology that can be functionally incorporated into a wide variety of services in close concert with business activities and day-to-day living. AmiVoice voice recognition works for everyone, regardless of age or gender, because there is no need for the software to identify the speaker’s verbal habits beforehand. Voices can be recognized regardless of accent or conversational tempo, meaning the software is compatible with all natural forms of speech.

Rapid voice recognition depends on the precision with which a voice can be recognized. AmiVoice boasts high recognition rates for relatively clear speech and is able to conduct recognition processes nearly in real time. As a result, it is ideal for use with systems that require ready responses. 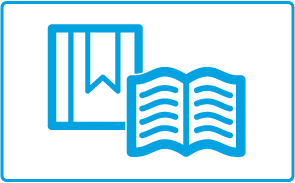 The voice data of the speaker is saved in extremely compact form, so it can be retained along with associated data that has been converted to text. This means documents such as meeting minutes can be transcribed and re-editing work performed after voice recognition has been completed. The same data can also be used to create voice or text databases. Ambient noise and sounds have a major effect on voice recognition speed. AmiVoice employs world-class technology to eliminate as much noise as possible from conversations. Capable of being used outdoors and handling speech that is difficult to pick up (e.g., due to noise from automobiles, trains, or planes) or conducted over the phone, there are virtually no limits to the implementation of this technology across a wide range of sectors.

AmiVoice is already in wide use.